In 2007, a study published in the Journal of the American College of Nutrition concluded that the American Heart Association's recommended cardioprotective dose of omega-3 fatty acids can help lower triglycerides in patients with coronary vascular disease (CVD) - whether DHA is combined with EPA or is given as just DHA alone.

There is increasing interest in omega-3 from non-fish sources as a result of fears over potential contaminants and fish stocks. Pure One is oil in a new vegcapsule, all made to replace the need for fish oil for omega-3s, period. Our clinical grade oil provides a sustainable, scalable solution without harming the environment. Notably, the U.S. and global demand for fish and fish oil for omega-3s has grown 10 fold in ten years, now doubling every 3-5 years, with science pointing to maximum natural fishing being exceeded in pace.

DHA from microalgae is regarded as an important development in this area, as traditional vegetarian sources of omega-3 such as flaxseed yield shorter chain fatty acids, which are converted into DHA and EPA by the body.

The aim of the prospective, randomized, double-blind study was to compare DHA to DHA + EPA in patients with CVD and triglycerides greater than 200 mg/dL. The study, conducted through Kaiser Permanente Colorado, involved 116 patients with coronary vascular disease and plasma triglycerides greater than 200 mg/dL, approximately 90 percent of whom were on statin drugs. The groups of participants were supplemented DHA alone, or DHA combined with EPA.

Subjects were randomized to either 1000mg of DHA or 1252 mg of DHA + EPA for eight weeks. A total of 116 subjects were enrolled; 57 in the DHA group and 59 in the DHA + EPA group. Baseline characteristics were similar between groups. The mean age was 69.4 years and 70.7 per cent were male.

Hypertriglyceridemia is a risk factor for CVD and the American Heart Association recommends 1000mg of omega-3's DHA (docosahexaenoic acid) and EPA (eicosapentaenoic acid) daily for cardioprotection.

The study compared a branded microalgae ingredient with a fish oil that provided a combination of DHA and EPA. The supplier did not fund or sponsor the study.

Study reference: Schwellenbach, Lisa J. "The Triglyceride-Lowering Effects of a Modest Dose of Docosahexaenoic Acid Alone Versus in Combination with Low Dose Eicosapentaenoic Acid in Patients with Coronary Artery Disease and Elevated Triglycerides." Journal of the American College of Nutrition Vol. 25, No. 6, 480-485 (2006).

Drugs may remove an acute threat, but not the cause, 'silent' inflammation. 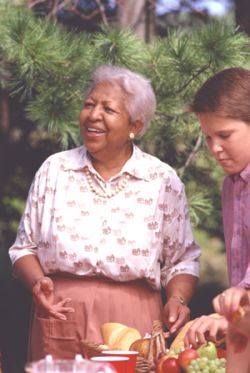 So what are high triglycerides and high cholesterol numbers telling you? The triglyceride number is an indicator that your body has compensated for making too much fat from energy that cannot get burned.

High triglyceride levels are often associated with insulin resistance, blood vessel inflammation and heart disease.  All of these metabolic syndromes are linked to increases in lipid oxidative stress.  High cholesterol levels are partly a response to help repair and replace the worn out, oxidized cholesterol and other lipids being consumed by the elevation in baseline inflammation.

For heart health, omega-3 EPA/DHA acts in three fundamental ways: As critical natural components dictating LDL size, omega-3 EPA/DHA side chains are integrated at the molecular level, acting directly where triglyceride particles are made.* As signaling molecules, they cool the inflammation status in the cardiovascular system.  As a rich component of heart and liver tissues, omega-3s support optimal tissue function.  Your liver controls and recycles your triglycerides and cholesterol.  Your liver is manufacturing and distributing triglycerides and cholesterol for a reason, your natural health.