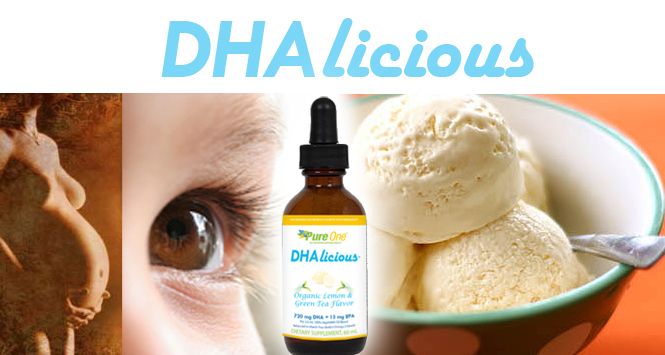 The PURE ONE DHAlicious label says about a half-teaspoon contains 720 mg DHA and 15 mg EPA as daily support for cardiovascular, metabolic and cognitive health.

Scott Doughman, PhD, CEO and Chief Scientific Officer at Source-Omega said, "We address demands for clean-finishing, guilt-free, planet-friendly omega-3 DHA+EPA products. PURE ONE DHAlicious tastes, well, delicious. It is blended with organic lemon and green tea flavor. Our pro-organic positions are compliant with this niche to establish leadership and to win back the public's trust of DHA algae oils in the USA. With DHAlicious taste, my children now enjoy their omega-3s without capsules. I suggest trying DHAlicious by the spoonful or mixed with vanilla flavored soymilk, yogurt or ice cream. You can really taste a winner."

Analysts in the omega-3 trade may want to know if Source-Omega's model is feasible against a virtual monopoly. The company answers that it had incubated five years to manufacture and private label PURE ONE. Then forward to today's DHAlicious launch which signals the establishment of a new independent supply-chain controlled by Source-Omega.

Dr Doughman said, "We first respond to our need to establish a DHA algae oil free market in the USA. It's a mission for us. Source-Omega carries the torch of real innovation since 2007. Our values put planet and science first. We were the first to publish an algae oil scientific review considering DHA+EPA in Chromista oils. We also watched our innovation firsts contribute to what became standard in the trade. For example, we were first to sell Chromista oil in carrageenan softgels starting Earth Day 2008. We promoted DHA+EPA in algae oil through an alleged DHA-only mandate. These positions became standard. We are now first to create a new US model in algae oil and one that is well protected from takeover and buyout. Perhaps the only thing left to do is hold an ice cream social to share the taste of DHAlicious, or we could sponsor a happy hour and invite the analysts" said Doughman.

About SOURCE-OMEGA
Established in 2007, Source-Omega has remained specialized in the commercialization of Chromista oil for omega-3 product developments. Starting with Pure One, Source-Omega was the first to disclose all of the rich lipid components of algae oil in the original Pure One commercial product in 2008. Their Chromista oils have always contained DHA (n-3), EPA (n-3), DPA (n-6) and DH-GLA (n-6) in ratios that are Balanced to Match Your Body's Omega-3 Needs ™. Source-Omega's research and development sustained these efforts independently for the benefit of all people all around the world and the omega-3 DHA/EPA category. For more information please visithttp://www.source-omega.com or call Scott Doughman at 919-360-5275.